The Blue and Gold • November 5, 2019 • https://blueandgoldnews.wiltoncsd.org/1087/entertainment/dont-feed-the-plants-wilton-high-schools-little-shop-of-horrors/ 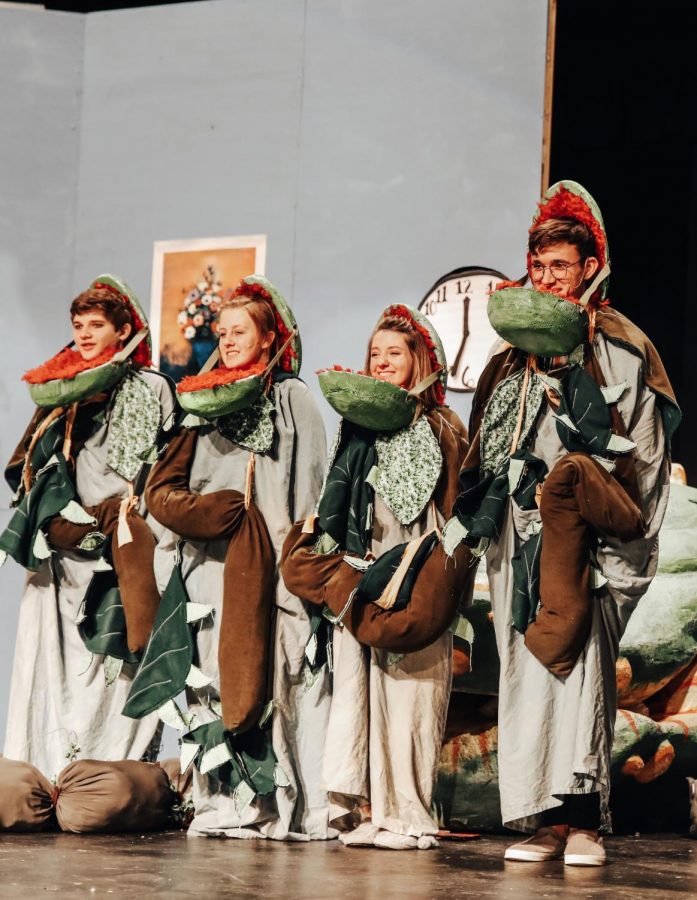 On Thursday, November 7th and Friday, November 8th students from Wilton High School will be performing a musical called, Little Shop of Horrors. Since the beginning of September, the students and faculty involved have been preparing for a show that will make the audience, according to Mrs. Miller, “laugh, be scared, and be a little bit sad, but all in the best way.”

Everyone who is participating in the play has dedicated a lot of time and effort to make it the best that it can be. The students have spent hours working on their lines, lyrics, and dances. They have dedicated practice time outside of school to rehearse, but a lot of them use any chance they have to perfect their characters. Senior Lilly Wyatt, who plays the female lead Audrey, stated that “On my way to school I’ll usually listen to the soundtrack songs, so I can memorize and practice them. I also went on coffee dates with some cast members to practices lines together.” Not only does Lilly spend extra time rehearsing, but so do a lot of the other cast members. Senior Karlie Schult, another important lead who plays Miss Mushnik, practices lines with her siblings whenever she can. A dedicated cast makes for a remarkable performance.

The experience of putting the musical together has been a positive one for those involved. For Ms. Erickson, the Wilton High School choir director, Little Shop of Horrors is her first time directing a musical with Wilton students. Ms. Erickson said it has been “a fantastic bonding experience with the students we have worked with and the other teachers involved.” All of the time and effort put into perfecting a show like this brings people together. Lilly and Karlie both expressed positive opinions when it came to working with the cast. They spend practically every day together and have created a bond that only time could mend. Mrs. Miller said, “The students worked really hard for this. It’s a lot of time, and it takes a lot to get to this final stage.”

Without the dedication from the students, directors, and community members involved, Little Shop of Horrors would not be possible. The cast would like to thank the Townsend Foundation for donating a new sound system, so the audience has the best experience it can. They would also like to thank their pit band for all of their efforts they have dedicated to this production.

Little Shop of Horrors is “funny in portrayal, but in actuality, lots of people die,” according to Mrs. Erickson. For those who like this, come out and watch the musical on November 7th and 8th. For those who don’t, come out anyway to support the cast members who have put in so much time and dedication to give the community a great production.