The Blue and Gold • November 14, 2019 • https://blueandgoldnews.wiltoncsd.org/1149/entertainment/mckamey-manor-a-nightmare-comes-to-life/ 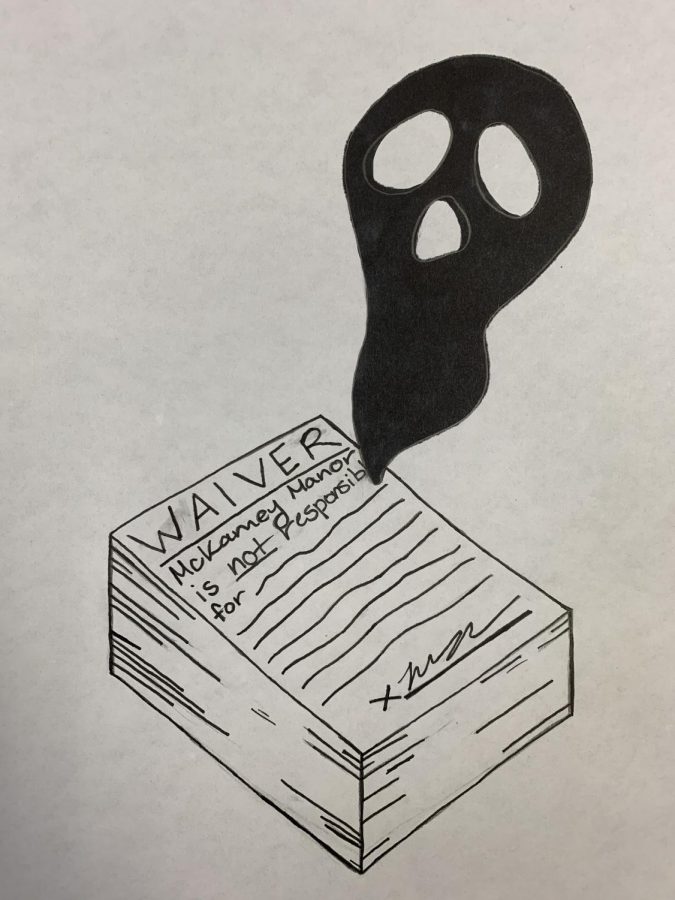 A traditional haunted house is meant to be fun and light-hearted. Thrill-seekers wander through dark spaces, encounter unsettling sights and sounds, and of course, are frightened by actors participating in the attraction. In every haunted house and corn maze, they generally agree on one thing. They don’t get to touch you. Each actor relies on their scaring abilities to give each guest a good experience, but the same can’t be said for the McKamey Manor.

As per the McKamey Manor official website, the experience is explained as a 10-hour (or longer) event where each participant will “live in their own horror movie”. The website states that each person will be mentally and physically challenged until they reach their breaking point, where each actor is allowed to come into contact with participants.

When heading into a haunted house, one usually just has to reach in their pocket and fish out some cash for the entrance fee. For the McKamey Manor, there are many requirements in place to make sure a guest can “endure” such an experience. Prior to being admitted in, you must be 21 and above or 18 with a parent’s approval. You also must obtain a note from your doctor stating you are physically and mentally fit to go through. You have to have proof of medical insurance, and the most worrisome of all, you must sign a 40-page waiver.

Amy Milligan, a participant of McKamey Manor that spoke to The San Diego Union-Tribune about her experience, stating that she was “forced to lie down, her hands bound, in a shallow pool of water with a cage over it. The actors repeatedly forced her head under the water as she begged for them to let her go home.” There are countless other stories of participants stating that they were misled on the actual events taking place at the McKamey Manor, and the experience is far too extreme to be legal.

On the internet platform “Reddit”, a portion of the 40-page McKamey Manor waiver was leaked. These waivers are not available on the McKamey Manor website, so it is assumed that one must sign up for the experience to view the waiver. Some highlights of the waiver include: “participant may come in contact with carbon monoxide poisoning due to fog machines”, “participant understands that they may be crushed in a pit by various objects” and it was even stated that the participant must understand that they may experience serious injuries, even possibly death during their experience, and the McKamey Manor is not responsible for it.

Many individuals on the internet have been trying to bring the McKamey Manor’s practices to light during this Halloween season. Some are calling for the attraction to be shut down, due to the trauma and injuries it has given to those who went through it. It is up to one to decide whether they believe the McKamey Manor is too harsh in their practices or not, but thrill-seekers may want to look elsewhere if they are not prepared for the physical and mental toll this attraction may take on them.