The Blue and Gold • December 20, 2019 • https://blueandgoldnews.wiltoncsd.org/1347/entertainment/gavins-question-corner/ 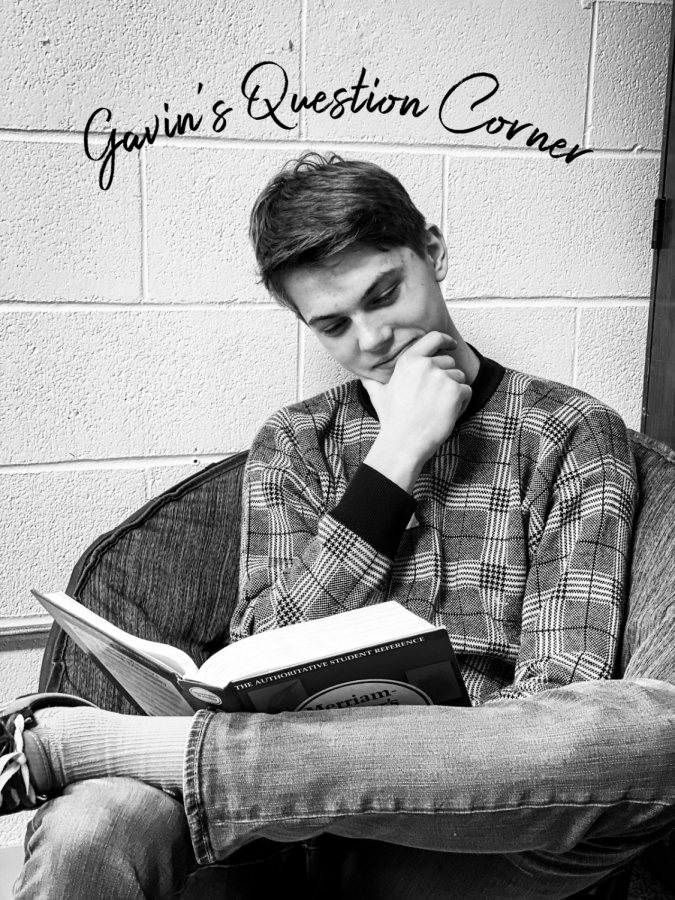 Why aren’t there anymore dinosaurs?

War. Roughly 65 million years ago during the Cretaceous period, herbivores and carnivores lived in peace and harmony. Until the Tyrannosaurus Rex nation attacked, it was a brutally fought war with no clear winners. After the war was fought the species could no longer support themselves and began to fizzle out, so that is why there are no more dinosaurs.

Why doesn’t that man have a home?

He doesn’t have a home because he was not listening to his mommy and daddy. When a mom and a dad feel that you’re bad they put you on the street, so keep that in mind the next time you wanna lie about a cookie.

Why can’t I stay up as late as you do?

When children go to bed at night, parents take time to do fun parent things like go get ice cream, ride the ferris wheel at a carnival, and just have a fun relaxing time without their child. Parents have been using this excuse since the dawn of time, basically since children were invented. So when you complain that you do not want to go to bed, just give mom and dad some alone time.