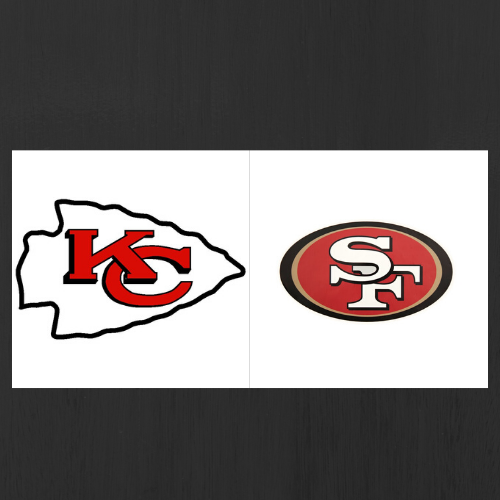 February 3, 2020, was the first Superbowl of the new decade and the opposing teams were the San Francisco 49ers and the Kansas City Chiefs. These two teams played in Miami, Florida, in the Hard Rock Stadium with a half-time performance featuring Jennifer Lopez and Shakira. However, the real show was with both teams and what they had to offer for this year’s Super Bowl.

The Kansas City Chiefs had a record of 12-4 in the regular season. During playoffs, they had many opportunities where they could have lost, but every time they fell behind, they came back and made an outstanding win. There are many key pieces to this team such as Tyreek Hill, receiving 7 touchdowns and 860 yards for the season. The two key factors of making the team move were the quarterback, Patrick Mahomes, and Head Coach, Andy Reid.

Patrick Mahomes has 26 touchdowns, over 4,000 yards, and only 5 interceptions. He has only played for 3 seasons but is already a pro-bowler for both 2018 and 2019. Andy Reid is in his 21st season with a record of 201-127-1. He has only been to the Superbowl three times. Reid was with the Philadelphia Eagles, however, after many seasons with them, he was fired. After this, Reid became the 13th head coach for the Kansas City Chiefs.

The 49ers have a record of 13-3 in the regular season. Although they had their flaws, they were the most powerful on defense with Nick Bosa getting 32 tackles and 9 sacks. On offense, they have George Kittle receiving over 1,000 yards. Their quarterback is Jimmy Goropalo, a backup for the Patriots and who is now the quarterback for the 49ers. He has had 27 touchdowns and has thrown for about 4,000 yards. Their coach, Kyle Shanahan, has been the 49ers coach for a few years. He was an offensive coordinator for the Atlanta Falcons for two years. Shanahan is now becoming a well standing head coach with the 49ers.

In the first quarter, the 49ers started off with a field goal. As soon as the Chiefs had the ball, they made a major play and got a touchdown made by Patrick Mahomes. But in the second quarter, Jimmy Goropallo made an amazing throw for a touchdown. The first half was tied 10-10.  Then came the halftime show for Super Bowl 54 the performance of Jenifer Lopez and Shakira. There was a mixed reaction from the people watching the game as people either liked the performance or did not. There were many political statements made during the performance.

In the third quarter, the 49ers made another touchdown and a field goal, shutting down the Kansas City defense and offense, as well making the score 20-10. Heading into the fourth quarter, the Chief’s offense got an interception by Travis Moore. After the interception, the defense celebrated a bit too early. The Kansas City Chiefs scored 21 unanswered points. The game ended with the Chiefs making a huge comeback and took the win with a score of 31-20.