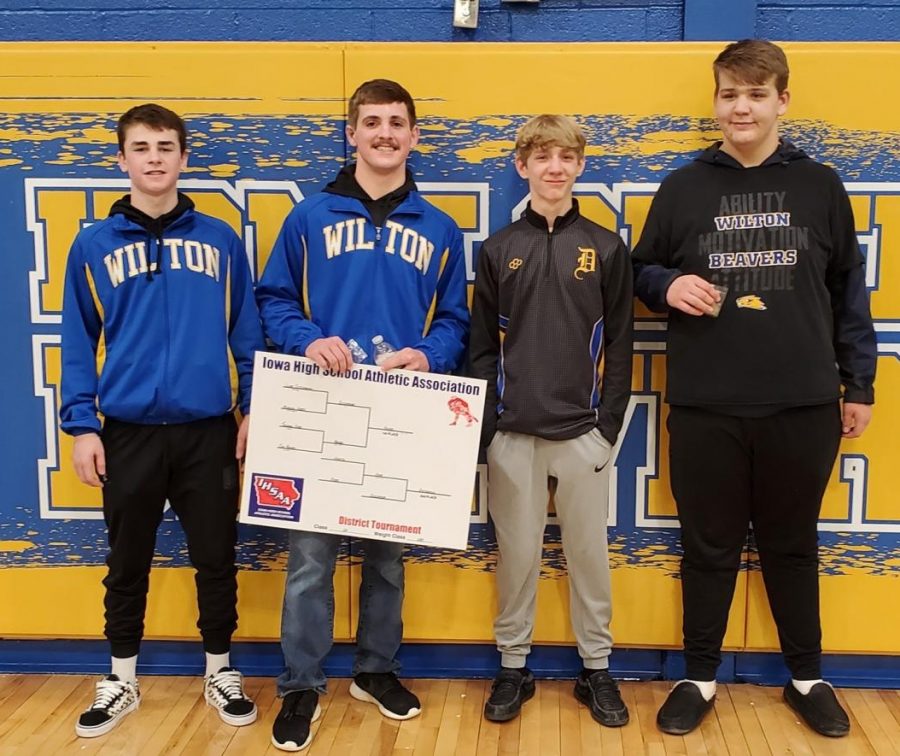 Wilton High School’s 2019-2020 Wrestling Season has officially ended, with the boys competing at state wrestling. It has been an emotional season with our senior wrestlers knowing and acknowledging that this will be their last season on the mats. Wilton’s state-qualifying wrestlers have their own opinions on this matter. The Beavers had two out of the three make it on to the podium at state. We had junior Kael Brisker finish in 4th place in the 126 weight class. Another state qualifier that made it onto the podium placing 4th place was senior, Coy Baker, in the 160 weight class. The last state qualifier that Wilton had this season was sophomore, Briggs Hartley, who was Wilton’s Heavyweight.

During Districts, Wilton made history with Briggs Hartley being Wilton’s first and only heavyweight state qualifier. Briggs hopes to wrestle in college. Kael Brisker also hopes to continue wrestling after High School. Kael Brisker noted, “I have not chosen the college I’d like to wrestle for yet.” Before State wrestling, Hartley prepared himself by working on headlocks and body locks during practice. Which in the end, paid off because Hartley is now known for his throws on the mat. When Brisker was asked why he started wrestling, he replied, “I joined when I was three, so it’s kind of hard to remember why I joined.”

Head Coach, Gabe Boorn, gave some insight into this year’s wrestling season. When Boorn was asked how he saw this overall season going for his team, he stated, “As we entered this season I knew that we had an opportunity to be successful on the mats as a squad and as individuals. We had and will have some solid young guys coming into the room that filled the line-up very well for us.” Coach Boorn was overall impressed and grateful for his team and their season. However, the only doubt that he had for the whole season is his team not making the state duals. Boorn plans on not only qualifying for regional duals next season but having his team make it to state duals. Boorn reveals, “Every year may look a little different on how we prepare for state, but it essentially is helping individuals fine-tune their technique and getting them mentally prepared for their upcoming battles on the mats.” This season was a huge success for Wilton Jr/Sr High school.