The Blue and Gold • September 24, 2020 • https://blueandgoldnews.wiltoncsd.org/1745/news/how-homecoming-will-look-amidst-a-pandemic/

How Homecoming Will Look Amidst a Pandemic 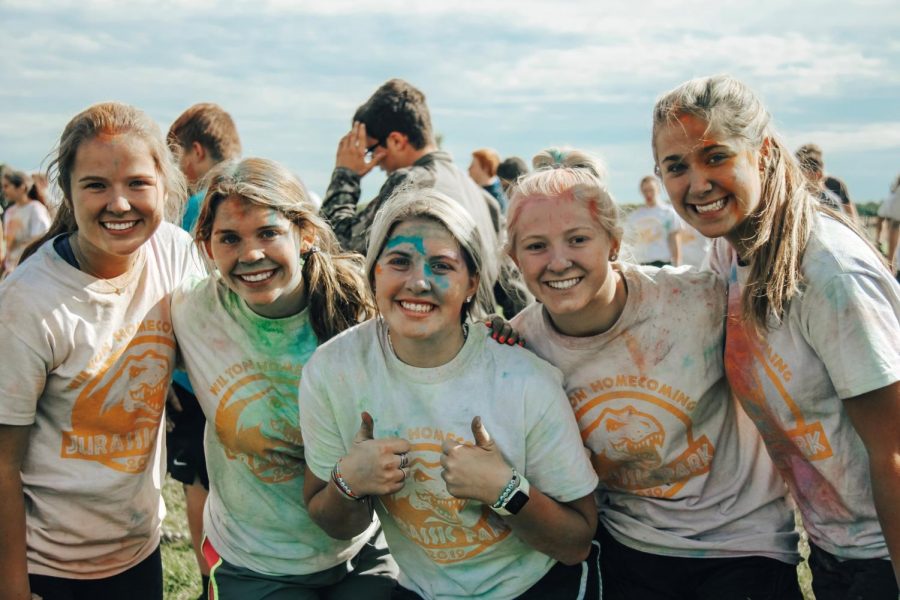 With COVID cases still on the rise, Wilton High School has decided to postpone the homecoming dance until further notice. While there is no dance, the school is still doing a homecoming week. There will be adjustments to the typical events. Mr. Grunder, student council advisor, stated, “The adjustments that we have made will allow us to have a resemblance of homecoming to keep kids safe.”

Homecoming week is going to be very different from the past years. There will not be a parade, pep rally, or games during school hours. Last year, the school had its firsts color run and that has also been vetoed due to the risk of exposure. Instead, only the dress up days will remain along with a small pep rally of the students and teachers, as well as the members of the Homecoming Court’s parents, to announce the Homecoming king and queen.

Seniors, in particular, have been affected by these changes. Jayden Everson, (‘21), said “I’m sure it will be different. I think it will be a lot like our last prom if we do have it. There are also some hard feelings because as seniors, this is our last homecoming and the staff wants to make it as normal as possible with the conditions we are in.”

The administration put great thought into the decision to change homecoming. Their primary focus is on keeping the school open long term, even if that means events like homecoming have to change. Mr. Snavely, the principal, expressed the reasoning behind the decision. He said “Our primary goal is to keep the school year going on-site and to keep activities going in full swing. The decision to cut out the games and parade was done as a result of consulting with our school nurse and the Muscatine Department of Public Health.”

If the dance does end up taking place later in the year and masks were optional, Jayden Everson and Josh Hunter (‘21) expressed different viewpoints about wearing one. Josh said “I probably would wear one because I don’t really think it would be an option.” There are many students, given the choice, that would choose the alternative route. Jayden said, “I probably would not because I’m not too worried about it. Other people probably wouldn’t wear them because no one is too picky about it.”

The dance would still be held in the junior high auditorium if it takes place later. It’s not the location of the dance that matters in the decision, but instead, it’s the amount of contact they want to limit and the state of Covid-19 cases in the area. Many kids also have out of town significant others. Unlike past years, more than likely they would not be allowed at the dance to limit contact between  Wilton and other schools.

Homecoming week starts on Monday 9/28 and will run through the week culminating in the football game on Friday against Dyersville Beckman. Even though homecoming is not going to look the same this year, Wilton High School is still going to attempt to make the best out of it.