The Blue and Gold • October 14, 2020 • https://blueandgoldnews.wiltoncsd.org/1830/news/the-evergrowing-issue-on-iowa-college-campuses/ 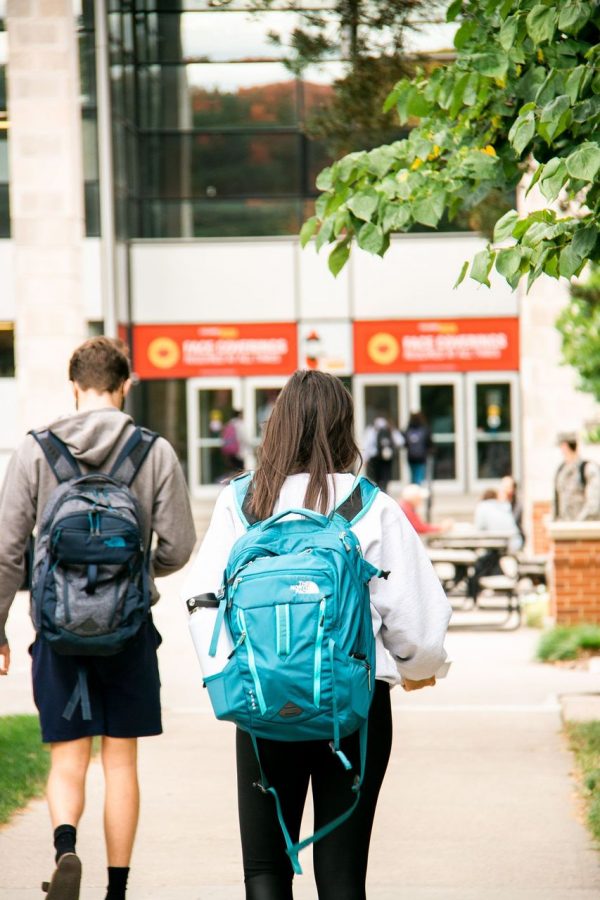 College and high school campuses alike recently opened back up for in-person instruction all across Iowa. Unfortunately, some of Iowa’s biggest campuses got hit with a large spike of Covid-19 cases amid their openings. Colleges like University of Iowa and Iowa State University have seen rapid increases in their Covid cases following students returning to campus and it has become a huge issue.

Not only does the continuation of in-person classes put everyone’s health at risk, the entire student body beginning to interact in urban environments such as Iowa City and Ames can spread Covid throughout the entire city. With bars opened in the downtown districts and the students throwing parties with large numbers of people, it’s not hard to see why we saw these massive spikes. Governor Kim Reynolds, following the spike, decided to close all bars in Johnson County. Following this order, the cases in the county have decreased as fast as they increased. Both Iowa and Iowa State continue hybrid online and in-person classes, which is helping to slow the spread. However, the virus is still being allowed to spread around outside of the classroom.

Restaurants are open, grocery stores are open, and every age group is going to gather for parties and get-togethers despite the infection numbers. With no Iowa mask mandate, many experts are not so hopeful that Iowa’s numbers are depleting enough. Now, Governor Reynolds is going to order that bars in four counties that were previously closed are now allowed to reopen. She is leaving bars in Johnson and Story county closed, the homes of University of Iowa and Iowa State. However, many experts are still critical of her decision to open any bars in the counties that were previously shut down.

Dr. Rossana Rosa, an infectious disease specialist from Des Moines, stated that she feels Reynolds is sending the wrong message to Iowans by reopening the bars. “This could make people think okay, things are getting back to normal. But they’re not. We’re not there.” It is great that we are seeing such decreases in the total Iowa cases. However, Iowa’s largest colleges back in session may be putting a damper on our ability to get the virus under control. As of October 4th, bars in Story and Johnson counties have reopened, so it is up in the air regarding how the case numbers will fluctuate.