The Blue and Gold • October 15, 2020 • https://blueandgoldnews.wiltoncsd.org/1837/entertainment/fall-festivities-to-indulge-in-amidst-restrictions/

Fall Festivities to Indulge in Amidst Restrictions 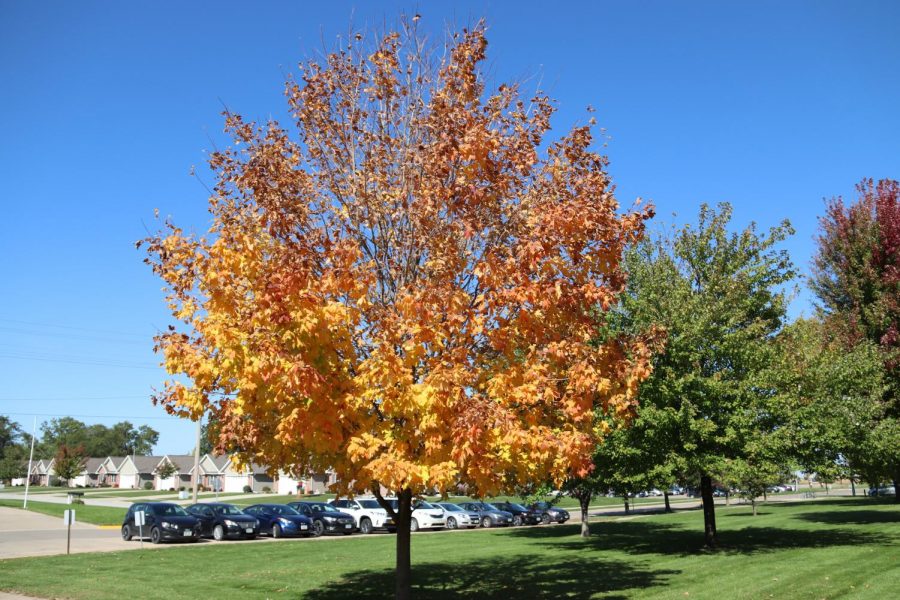 When it comes to fall, there are many activities for you to participate in. For example, there is haunted housing, corn mazes, pumpkin carving, and of course trick or treating. National Haunted House day falls on the second Friday in October, and as of now, with COVID, people are still going to be haunted housing. There are going to be limited houses open due to the pandemic, and some are still determining if they want to allow people to come, but a few of them are open as soon as Saturday, October 2nd. Trick or treating is still up in the air because it will have to depend on the number of cases we have, and if the town thinks it can be handled in a safe manner. This goes for all towns, not just Wilton.

Pumpkin carving is a big fall activity.  Many pumpkin patches are open for people to go and pick them out. One fall tradition for Mallory Lange, ‘22, is: “Carving pumpkins, I usually do it with my sister Emily, but since she is in college, it will be just me, my mom, and my dad.” During the fall season, people start to bring out their decorations. It’s mainly Thanksgiving and Halloween, but some people put up their Christmas lights early to beat the snow. In the fall, many people go to apple orchards or go on hayrack rides but the Lange’s go to pumpkin patches, as well as many other families.

For Josie Said, ‘21, and her family, the tradition they have also includes pumpkins. “We all go to Birkhofer’s in Moscow and bring our dogs to carve with us after.” They also do a lot of football watching and softball playing, but due to COVID there will be less of that this fall. Personally, Josie doesn’t like to go haunted housing like some people, but she does like to see everyone’s reactions when they come out. Her favorite part of fall is the leaves. All the different colors are very pretty and since it’s getting colder, it is sweatshirt season.

Fall activities are a big thing that a lot of people get involved in. Whether it be carving pumpkins or dressing up for halloween, everyone has something to do and it’s a time of the year for families to do stuff together. It can be as simple as raking leaves into a pile and jumping into them. Even though the virus is still around and doesn’t seem to be going anywhere anytime soon, we can still make the best of the seasons.