The Blue and Gold • October 26, 2020 • https://blueandgoldnews.wiltoncsd.org/1842/sports/beaver-football-seniors-last-moments-and-reflection/ 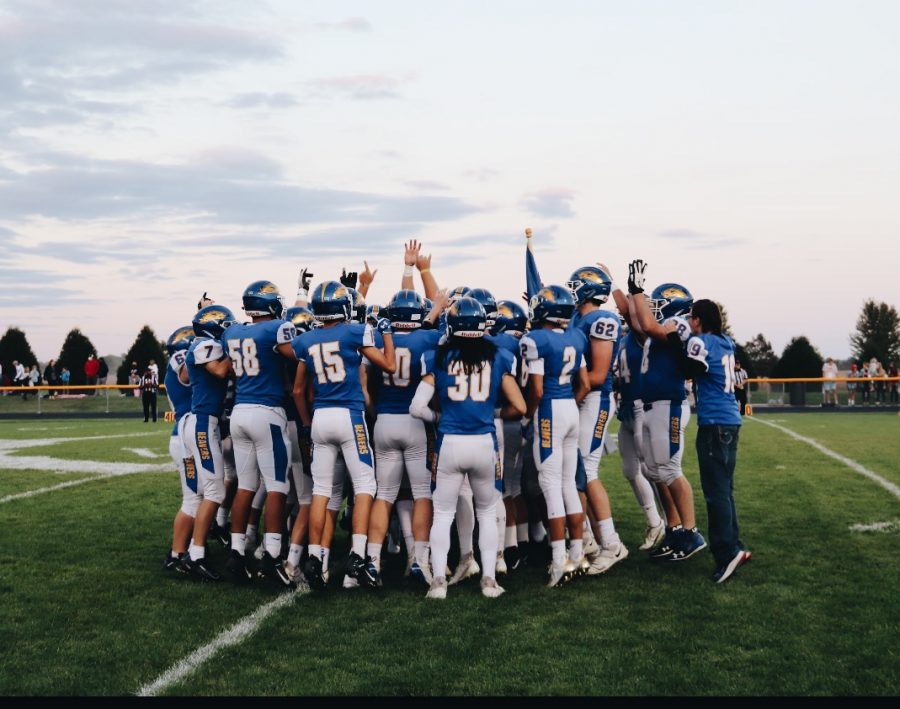 It is that time of the season where sports in the fall are about done and over with. With the pandemic and everything happening all at once, the players’ season was shortened. Although they aren’t happy with the circumstances, they were happy that they were able to play football. During this time stretch, the players were in for their final moments together on the field.

With this in mind, all the players who are seniors don’t really believe that they are seniors. Some think that it is going way too fast. “I feel this year went by too fast, and I feel we got better as a group, and as a team. I’m going to miss all the coaches and what they have done for me.” said Colby Sawvell. Some also feel weirded out by the fact that it is their last season and have to make the best of it as it might be the first sport they ever played. “It’s kind of a weird feeling because it is my first sport I’m playing as a senior. So it’s kind of like my first last sport.” said Gage Rosenkild. It is true, it can be a weird feeling because you only get four years in high school.

The memories these players make on the field are some of the best in their lives. These are memories that they will hold onto forever. With some of these players, it could be moments made by other people: “When I read a screen perfectly and put a kid in the ground, John was more hyped than me.” said Kael Brisker. It could be great moments within their career: “Scoring a kick return for a touchdown against Durant.” said Gage Rosenkild.

As they are going to all their last games and making the last drive down the football field, they might have some advice for all the underclassmen. With that in mind, Colby Sawvell said, “I would have to say, stay in the weight room, it will be your best friend and will always be until you graduate. Work hard and off the field to improve.” Gage Rosenkeild said, “Keep putting time towards football and you’ll get better at it. You just have to buy into what you’re doing and make sure you like what you’re doing.” Senior football players, whether it is on or off the football field, they are seen as leaders. Soon underclassmen will also one day become leaders on and off the field.

For their homecoming game, they lost to Beckman Catholic 42-30 and won against Northeast on Friday night 41-6. They travelled to Cascade again for the first round of playoffs, and the season has since officially ended. Coaches, classmates, and the community alike is very proud of the Beavers Football team.