The Blue and Gold • October 29, 2020 • https://blueandgoldnews.wiltoncsd.org/1845/sports/cross-country-season-wrap-up/ 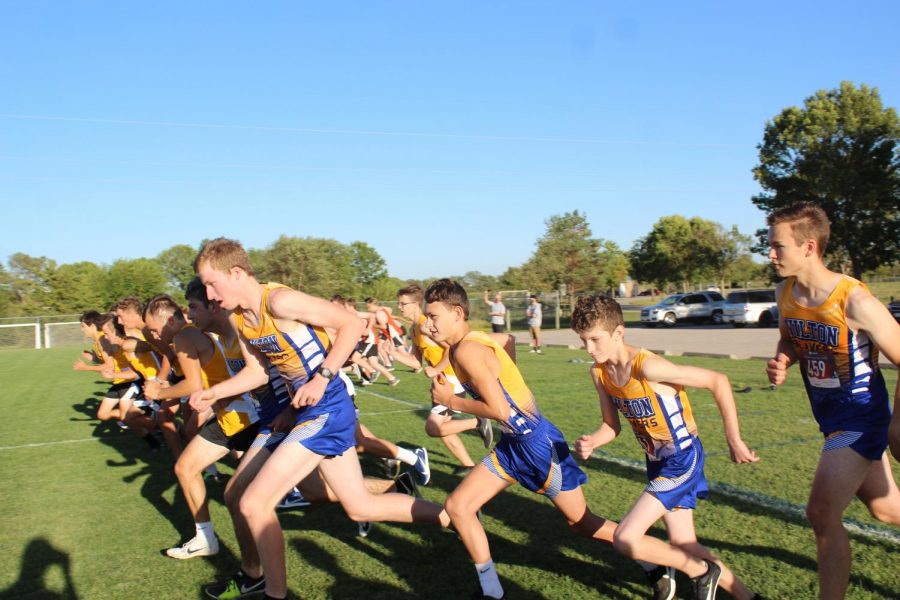 The cross country season is coming to an end and the Wilton team has had a fun year.

I asked Ethan Bailey, ‘21, how the cross country team was doing this year, he said, the year was going well this year and it was a fun season.

This cross country season the team was seeing improvements with every meet and everyone was getting better by the day. For the seniors in the cross country, it will be the last time they run the courses in their high school career Ethan says, “it’s a bittersweet moment after completing a race. Something in a more positive note was that coronavirus did not have a major effect on the cross country season and things for the most part went as planned. The only major difference was having to wear a mask on the bus and while you were waiting for your turn to run.”