The Blue and Gold • November 4, 2020 • https://blueandgoldnews.wiltoncsd.org/1858/features/breast-cancer-and-the-effect-on-our-community/

Breast Cancer and the Effect on Our Community 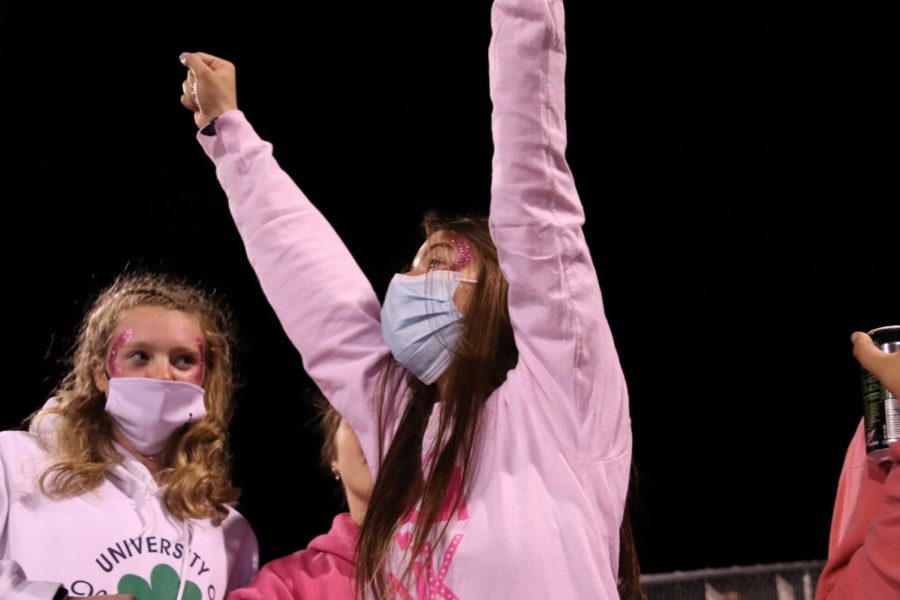 As many of you know, October is Breast Cancer Awareness Month. It is the month where we celebrate the people who are battling breast cancer and to take the time to think of those who have lost the battle to breast cancer. We as the student body dedicate many volleyball and football theme nights in October with the color pink and the Softball team dedicates a game to the survivors and the ones we have lost. We have many people in our community who have been affected by breast cancer and even staff members and students who have gone through those hard times.

Chloe Wells ‘21 is one of those people who have been personally affected by breast cancer with the loss of her great grandmother. Everyone handles this sort of situation differently, but since she was at such a young age when it happened, it was more of a shock to her. “It was the first death in my family that I experienced growing up, and it was hard for me to realize that people die.” Is what she said when asked how it affected her. She was only 6 when her great-grandmother passed away, so she had not yet got an understanding of what it was. The thing she most took away from this experience was that your family doesn’t live forever and it was a very hard concept for her to grasp at such a young age.

Another person in our community who has been battling this for a while is Ms. Hetzler. She found out in September of 2003 when she first was diagnosed with Breast cancer, and since then she has had 3 reoccurrences. One in 2006, 2018, and she is battling it now in 2020. She has had 16 surgeries and “The majority of the surgeries came in the first two times in ‘03 and ‘06, but now they don’t do many surgical things, just pills, and chemo to try and maintain it and prolong your life.” The most challenging part for her is that her cancer keeps reoccurring and now it’s spread. Also, she says the worst part is that you don’t feel 100% but she is lucky that she can function, and she hates needles. What she has learned over all these years is “It’s not always a death sentence and I’ve become someone people come to talk about it because if I can survive with what I have, then they can too.” Over the years she has looked up and read a lot about her condition and concluded that when your cancer comes back and spreads it’s still the same kind of cancer, just in different parts of your body.

The people in our community are very important to each other, and they want to see everyone healthy. We do many things to show them that we are behind them by dedicating games to them and wearing pink in honor of them. Many lessons are learned from these people as they are seen as survivors and fighters.