The Blue and Gold • November 12, 2020 • https://blueandgoldnews.wiltoncsd.org/1861/entertainment/why-do-people-carve-pumpkins/

Why Do People Carve Pumpkins? 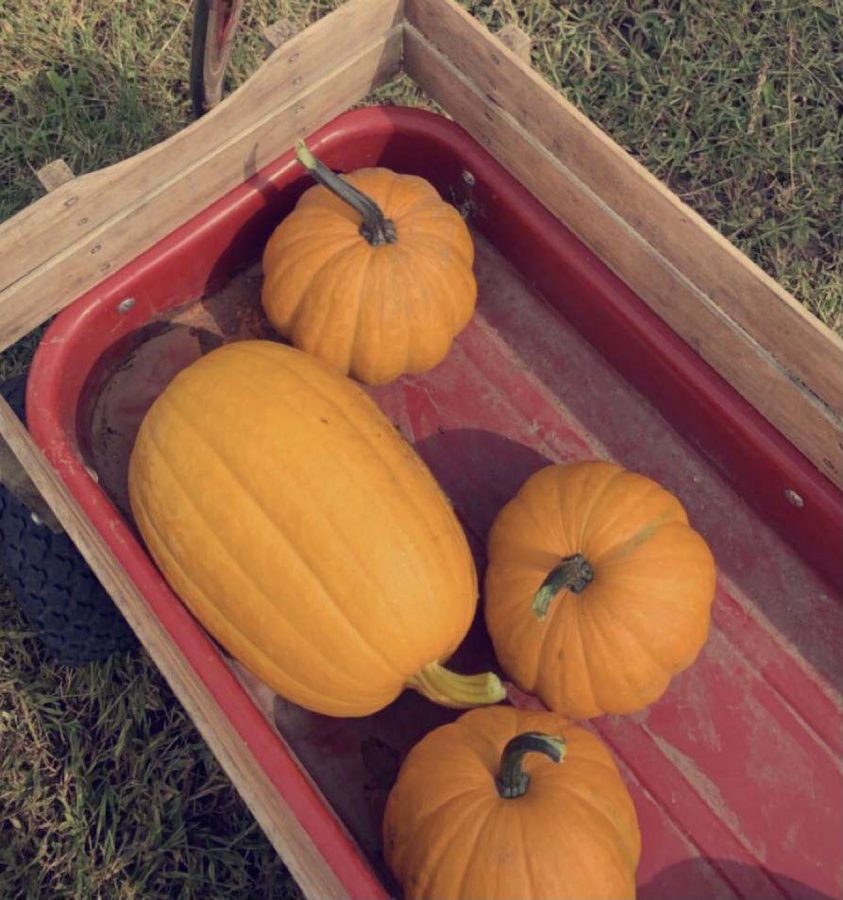 The term Jack O’ Lantern is used when people carve funny faces on pumpkins. You can carve faces on the pumpkins, pictures, or even write on them. Before people carved pumpkins, the Irish chiseled creepy faces on turnips. Decorating pumpkins originated in Ireland in the 19th century, which is where they used turnips and potatoes as canvases before using pumpkins. In England, beets were used. Immigrants from these different countries brought the jack-o-lantern tradition to the United States. Immigrants found that the fruit native pumpkins were perfect for making jack-o-lanterns, so they replaced the turnips, potatoes, beets, and whatever else they used for pumpkins.

The name jack-o-lantern came from an Irish folktale about a man nicknamed Stingy Jack. According to the myth, Stingy Jack invited the devil to have a drink with him. Like his name, Stingy Jack didn’t want to pay for his drink, so he persuaded the devil to turn himself into a coin that Jack could use to buy their drinks. Once the devil completed this task, Jack decided to keep the money and put it in his pocket next to the silver cross, which then prevented the devil from changing back into his original form. Jack eventually released the devil, under the condition that he would not trouble Jack for one year and that if Jack should die, he would not claim his soul. The next year, Jack again fooled the devil into climbing into a tree to pick a piece of fruit. While he was up in the tree, Jack carved a sign of the cross into the tree’s bark so that the devil could not come down until the devil promised Jack not to bother him for ten more years. Jack eventually died, and as the legend goes, God would not allow such an unsavory figure into heaven. The devil, furious by the trick Jack had played on him and keeping his words not to claim his soul, would not allow Jack into hell. He sent Jack off into the night with only a burning coal to light his way. Jack put the coal into a carved-out turnip and has been roaming the earth ever since. The Irish began to refer to this ghostly figure as “Jack of the Lantern,” and then, simply “Jack O’Lantern.”

Who knew carving pumpkins had so much backstory? Before pumpkins were used, turnips, potatoes, and beets were carved; but when immigrants came over, they discovered that pumpkins were the better choice. Jack-o-lantern has a much larger meaning behind the name than anyone could ever imagine. Carving pumpkins is a fun fall activity with a long interesting back story. Go grab a pumpkin and have some fun!