The Blue and Gold • November 18, 2020 • https://blueandgoldnews.wiltoncsd.org/1869/sports/making-history-in-blue-and-onto-the-road-to-state/

Making History in Blue and Onto the Road to State 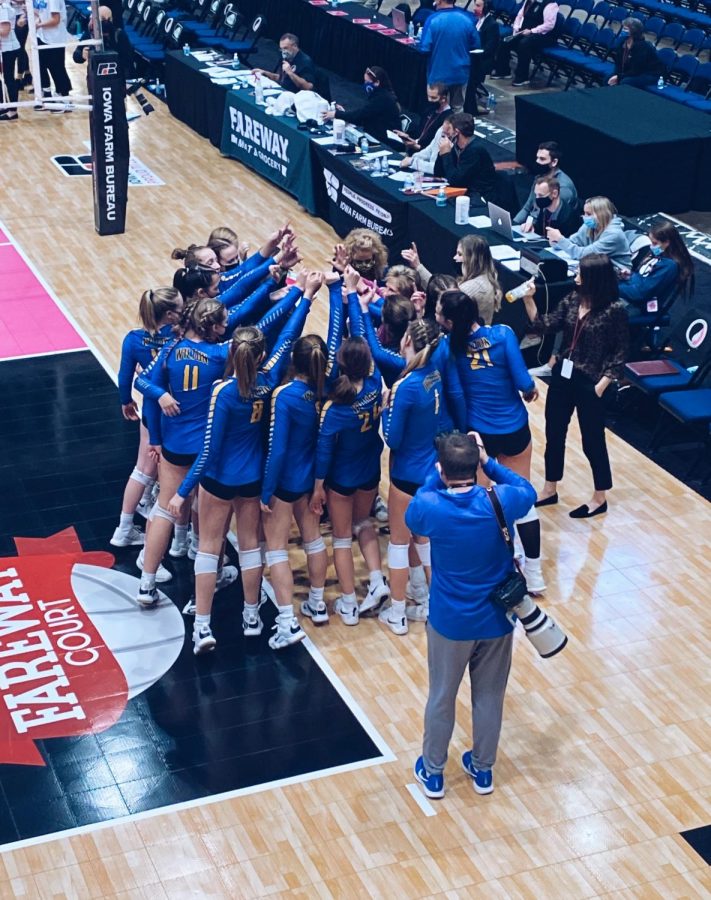 Wilton volleyball has made it to the state tournament this year and they have already made history. It was the first time that they were the number two seed in school history with a record of 33-3 they were a well-formed team and they had a chance to win the state championship. Even with the pandemic, they were able to have a full season for the most part although going to games at home was difficult at the beginning.

They had made it to the state tournament for three years in a row with an outstanding record.  “It felt amazing to get back to the tournament for the third year in a row! We are confident going in that we can improve upon our performance from the past couple of years.”  said Ella Caffery (‘22). With the team heading back to state once again a lot has happened and with the tournament, they should have things in mind and should have a great mindset ready to play and perform no matter what happens.

As with many teams they had things that they improved on that were problems last year. “Ella’s skill as a setter has grown in what she does, our ball control is very solid. Serving – we score points on aces and disrupt opponents’ offense.” said Coach Grunder. While in the state tournament the past couple of years they have played against teams that have played well, it’s always good to find improvements.

There are also goals that they would have in place to get to where they are now and that is important for every coach and athlete. “Our goal for the state tournament is first, to get past the first round. The overall goal is to win, but we want to focus on the first game.” Ella Caffery (‘22) said as she wants to focus on one game at a time. While Coach Grunder said “To continue to grow. To continue to add to what we do and to do it well consistently. To become stronger in both skills and mental mindset.”  Coach Grunder wants her team to continue to grow. Whether they win or lose they will always improve their errors and perform even better.