The Blue and Gold • February 23, 2021 • https://blueandgoldnews.wiltoncsd.org/2231/sports/shattering-glass-mats/ 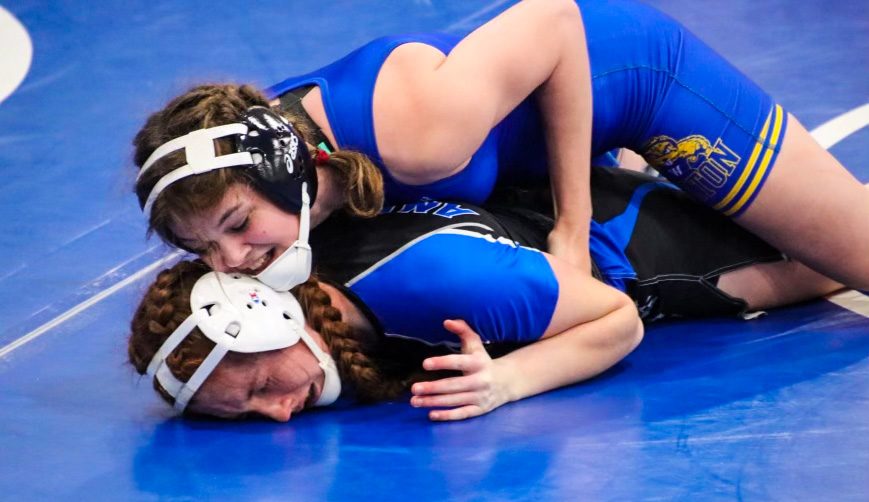 Women in wrestling has not always been an occurrence at Wilton High School. Recently, women have been breaking the mold and going out for the sport. Mea Burkle, ‘21, has been the first girl in Wilton to go out for wrestling in the 2018-19 school year. Currently, there are two girls in the wrestling program and sure to be more in the coming future.

Mea began her journey as a wrestler her sophomore year, and she emphasizes that the adjustments did not come easy. “Going out for wrestling was unlike any sport I had done before. I faced a lot of backlash in the school and in the community, but that has vastly improved.” She stated that she has wanted to be a wrestler since 2nd grade, but she was not allowed to until high school. She is beyond proud of herself for setting the bar high for women wrestlers in Wilton and is hopefully inspiring more to go out for the sport. “My senior season was short-lived, but I wouldn’t have gotten this far without my family, my brother, and my coaches.”

Mea is glad to be continuing her wrestling career when she begins college. She will be attending Iowa Wesleyan University and joining their women’s wrestling team. She states, “this will not be the last time you hear the name Mea Burkle.”