The Blue and Gold • May 17, 2021 • https://blueandgoldnews.wiltoncsd.org/2344/sports/early-start-to-the-softball-season/

Early Start to the Softball Season 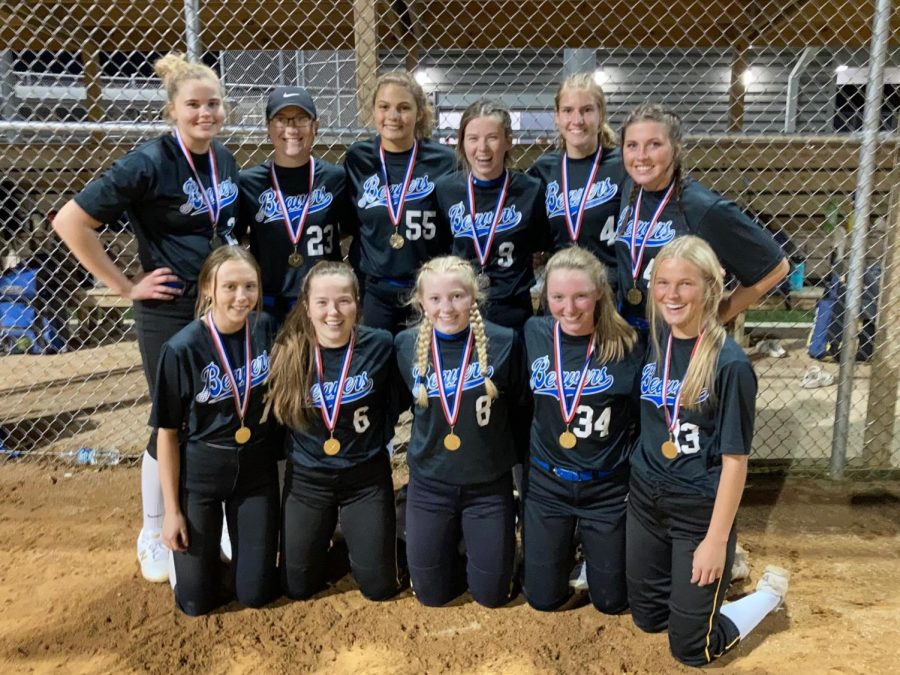 As the school year comes to an end, softball and baseball are just beginning. The softball spring league teams have been practicing throughout the facility this winter. The team has had one tournament so far and took home the championship medal. This season was cut short for softball and baseball last year, so having an early start gives more time to soak up the season.
Speaking with two of the senior softball players discussing the topics such as; Spring ball is here to help prepare the team for the season, what the difference between spring ball and regular-season softball is, and how the start to spring ball has been. Spring ball flows right into the regular season so this is a very important prep for the season to come.
Emi Coss ‘21 talks about the importance of spring league saying “spring ball helps prepare me for different positions and get myself prepared for what’s next. Spring ball is just like a practice or warm-up to make us better for the season. The start of the season has been good so far. We haven’t lost a game.” When Tessa Bartell ’21 explains spring league and the upcoming season she doesn’t have much different to say on this topic. She says “Spring ball really prepares me by allowing me to get an earlier start to the season by hitting off of live pitchers. Spring ball seems more laid back and gives us time to work on things whereas softball season is constantly just “go time”. It has already helped us prepare for what’s to come this next season, we can start to see our potential.” Together they had both talked about their goals for the entire season overall and were making it to state. It’s a goal each year but realistically they have the potential this year and know if they work hard they can do it.
It seems as though spring ball plays a big part in regular-season preparations. They do only have a few tournaments to prepare but it gets the team in game mode, and with the goals they have in mind this year they need their 100% focus. The beginning of the season kicks off May 24th, so before then they will be working drills, batting, and fielding. The practice season is the most important, it’s when the focus dials in and the team prepares for go time. Go Beavers!