The Blue and Gold • October 1, 2019 • https://blueandgoldnews.wiltoncsd.org/745/sports/rise-up-wilton-volleyball-surpasses-expectations/ 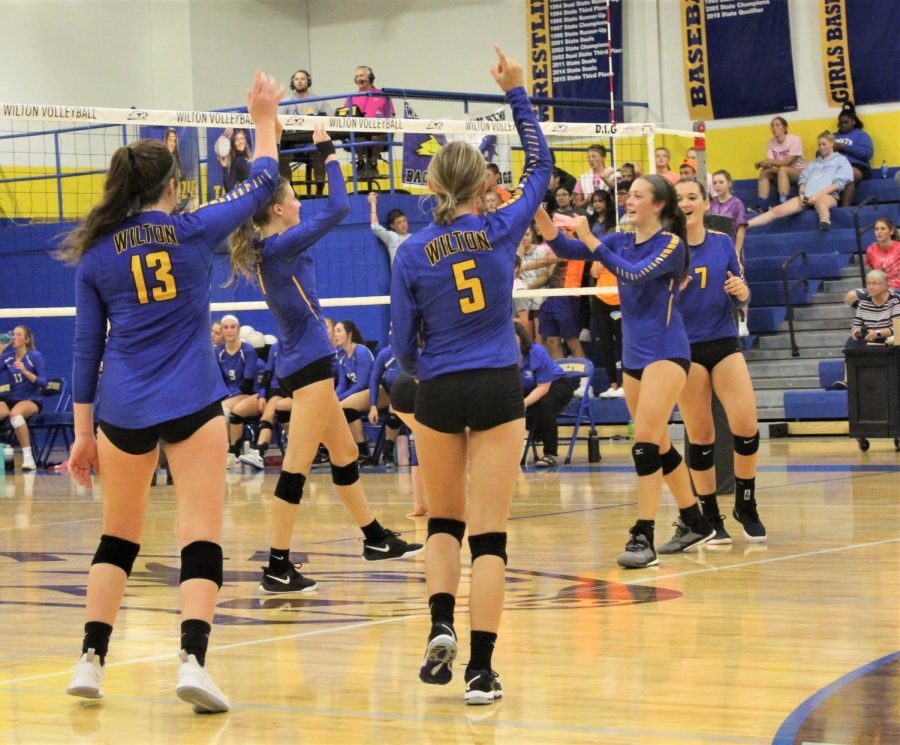 The Wilton Volleyball team celebrates a point against West Liberty on September 17.

Coming out of last year’s successful run, Wilton Volleyball began this season with a number seven ranking. Since then, they have improved their status to number four in class 2A. Over the past few weeks, Wilton has faced big competition in both conference and tournament play. It began with a first-place medal at the Easton Valley Tournament on August 31. Since then, they have won the Wapello and Wilton tournaments, and placed third at the Clinton Invitational.

Throughout the season so far, Wilton has proved to be a competitive team in the River Valley Conference. Wilton swept West Branch at home, upset #3 West Liberty in four, and beat Mid-Prairie on their court in three sets. On October 1st, the beavers took on Durant for Durant’s Breast Cancer Awareness Night. They won in three, which put them in the running for a top spot in the River Valley Conference. Wilton currently holds a 23-2 record with losses coming from #2 Davenport Assumption and #1 Tipton. Both of these teams are in class 3A. Wilton used their amazing athleticism and defense skills to take Tipton into a five-set match.

At the beginning of the season, the Wilton volleyball team could never imagine the success they have achieved thus far. Senior captain, Taylor Garvin says, “I expected this season to be a lot of fun and to make many more memories, but I never could’ve predicted the success we’ve had so far this season.” A lot of this success is built off the chemistry between players on the court. 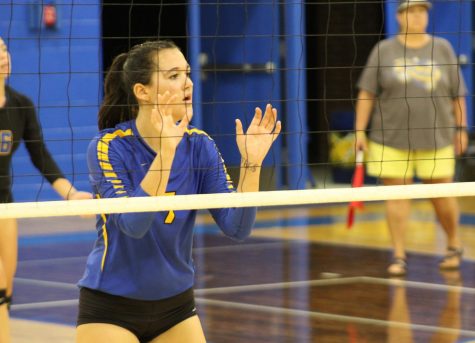 In any sport, a good team has to be able to work together both on and off the playing grounds. For Taylor, being able to play with her sister, sophomore Alexa Garvin, helps her enjoy her final season of volleyball. Not only do Taylor and Alexa enjoy playing together, but they enjoy being able to play with some of their closest friends. They are not the only two who feel like this. When asked about her favorite part of this season, sophomore Joann Martin, explains, “Team bonding and just playing the game with all of my friends.” A bond like this is what helps a team be successful. Hopefully, the chemistry this team has can continue to grow as the season moves on.

Now the Wilton Volleyball team sets their sights on the homecoming game against Regina. Not only are players fueled by the camaraderie on the court, but they are also fired up by the excitement of homecoming week.  The game will be played at 7:15 in Wilton with a theme of blue and gold. The volleyball team is very excited to see everyone there showing their support.