The Blue and Gold • October 1, 2019 • https://blueandgoldnews.wiltoncsd.org/761/news/lung-disease-caused-by-vaping/ 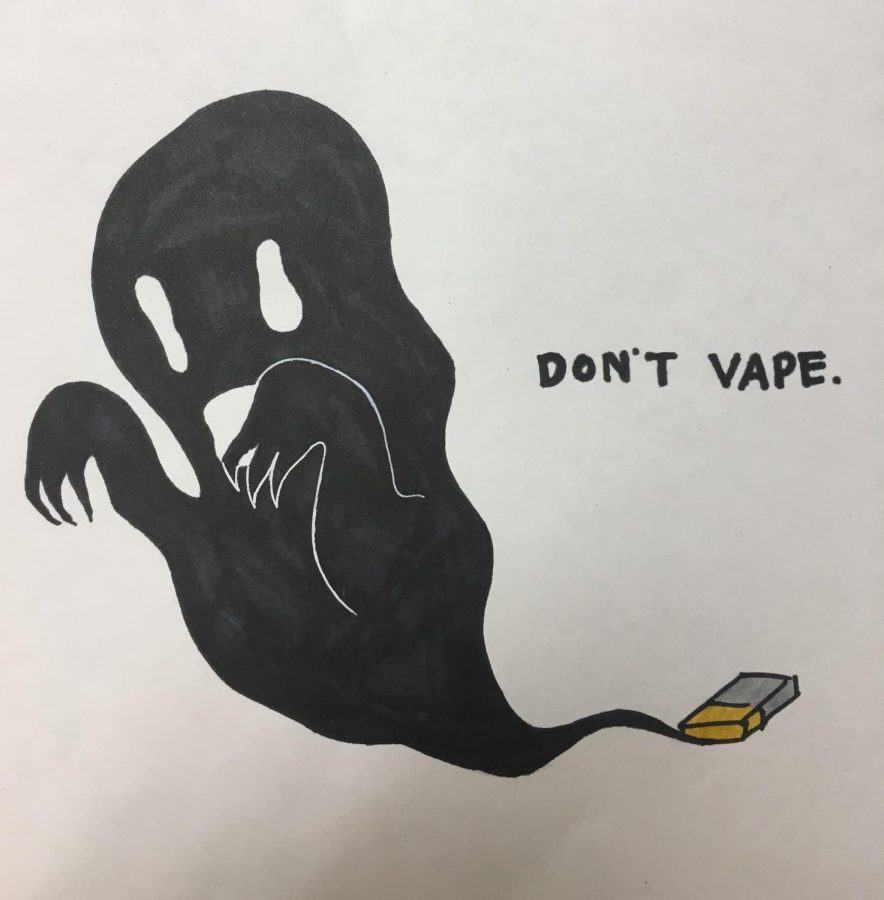 As of recently, six people have died from vaping caused diseases. A lung illness has affected up to 354 people in 26 states and has likely risen. One theory to why this is occurring is because of a vape cartridge sold illegally containing tetrahydrocannabinol, or THC. THC is a cannabinoid that alters brain activity. The vaping liquid containing THC also has very harmful chemicals that are known to cause lung inflammation.“Vaping heats the pen and coil to such a high temperature that it releases toxic chemicals. And vaping nicotine and THC or THC concentrates releases its own set of toxic chemicals. Many of the products are made in oil bases, which lungs do not like and exposure can lead to an irreversible illness known as bronchiolitis obliterans or ‘popcorn lung,'” said Sherrie Randal, Center for Disease Control and Prevention’s contracting officer.

This is a concern on the high school level because teenage vaping is rapidly increasing amongst students. Vapes are intended for adults, but according to The Truth Initiative for the state of Iowa, only 4.0% of adults use them while 9.0% of teens are using inhalants such as vapes. The law, as of now, has the legal age to buy tobacco-based products as 18. Though some states are changing this age to 21. Vapes may appeal to teens for many reasons: the childlike flavors such as cotton candy and fruity flavors, peer pressure, and considered a safer alternative to cigarettes.

These rates of vaping are also higher for high schoolers because of nicotine addiction. Nicotine is a dangerous chemical that can alter the brain and can cause respiratory disorders and cancer. Vapes have significantly higher rates of nicotine, especially Juul pods. While they do not have black tar and other carcinogens like cigarettes, vapes contain propylene glycol, a chemical used in cosmetics and formaldehyde, as well as diacetyl and acrolein which are known to cause lung disease. Blood pressure is also known to rapidly increase, making one’s heart work harder than it should. This puts people at a higher risk of heart attack or stroke. Behavior changes such as lowered attention span, critical thinking, impulse control, and an increase in behavior disorders can also occur.

Addressing these issues is very important because many teens don’t know how dangerous and addicting vaping can be. The rate of vaping is continuing to increase nationally. This paired with the recent deaths of vape users is a cause of concern for many.